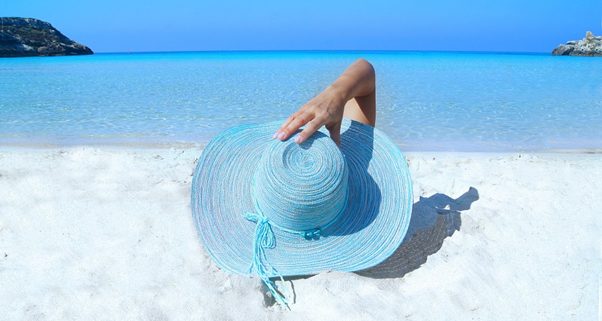 Enjoy the heatwave but stay safe in the sun.

The News during the past week has reported some very sad and unnecessary fatalities.

Just because the air temperature outside is stifling, water temperatures will still be much lower and suddenly plunging into it can send your body into shock.  You could also get cramp or even tangled in debris hidden below the surface. Shallower waters at this time of year also mean diving off a bridge or cliff could also result in serious injury or worse.

Now we don’t want to be killjoys and therefore, suggest the following ideas for safe water fun………

The Beach – Britain has some of the most beautiful and award winning beaches in the world. Try to stick to mainstream beaches which are usually lifeguard monitored.  Some have water sports too like paragliding or Jet Skis 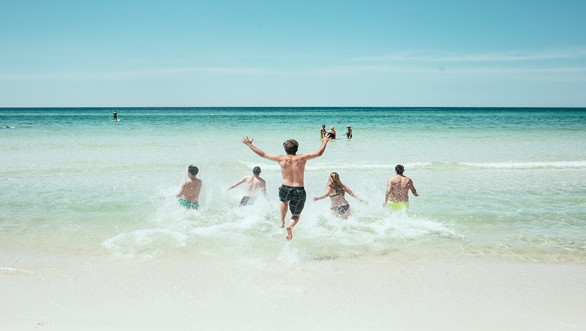 Waterparks –These might be indoors which will include slides, wave pools, inflatables or for the adrenalin junkies amongst you, outside for water-skiing, wake boarding or take things slower – meander along on a pedalo 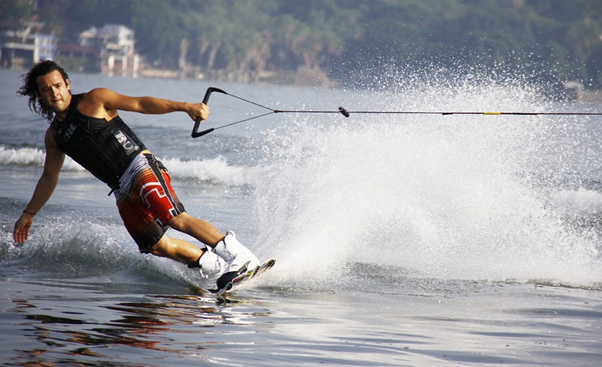 Local Parks & Lido’s –Some towns are lucky enough to still have an outside pool or water feature especially for the summer.  Beware, these are usually very busy.

National Parks –Such as the New Forest, the Cotswolds, Dartmoor – far too many to mention, but all will have shady streams for shallow paddling, just make sure you can get out, don’t drop down steep banks to access water.

Paddling pool – In your own back garden where better to strip off and cool down!

It goes without saying that you need to take care when exposing skin to the sun and even more so around water as the suns reflection will accelerate burning.   Be especially careful when you have been in the sea as the salt will certainly crisp you up like a pork crackling

Always use a sun cream with an appropriate protection factor.  It’s a bit of a mine field but basically, If you can normally spend 15 minutes in the sun before you start burning, a factor 4  will allow you 4 times longer –  one hour!   Apply regularly throughout the day as sweating will cause it to rub off.

Try to spend as much time as you can in the shade, especially during the hottest part of the day between 11am and 3pm.  Wear a hat, great selection for both Men and women, sunglasses and cover up to give your skin a rest from the harmful rays.  Cool cottons and linens are best . 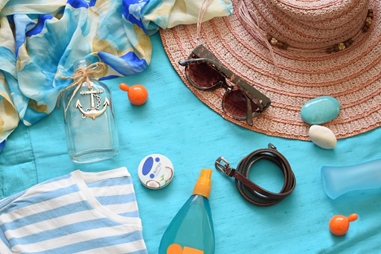 Don’t forget to keep hydrated, drink plenty of water and try to avoid alcohol.  Sun burn and Heat stroke are both very serious side effects of spending too much time in the sun unprotected.   Not only are both very uncomfortable but can be very dangerous too.  Heat Stroke can also be quite scary, headaches, dizziness and stomach cramps are signs that your body is reacting to the heat – do everything you can to avoid it.

Our last tip is…. Have lots of Fun!

My ID Card’s Revision Tips to help you stay motivated.